This is the first article of a series about a problem I have been working on lately as part of my deliberate practice efforts. It is a nice problem that is simple in terms so the entry barrier is low but, at the same time, you can go very far with it. For me it is like the typical Pixar movie whose different narrative levels please both children and adults. 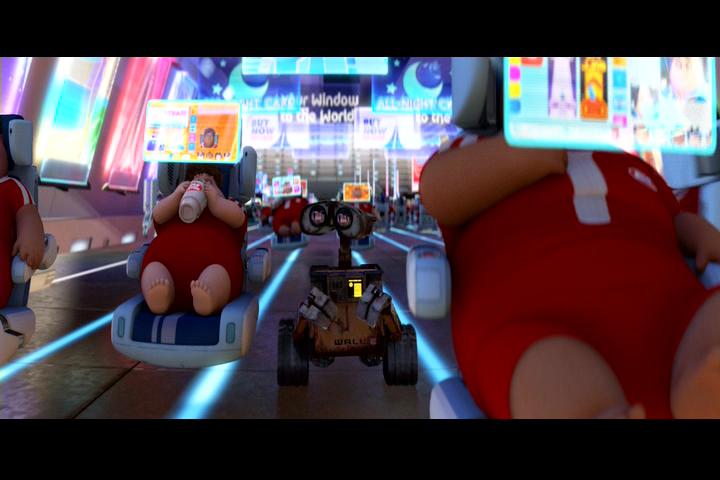 Those fat people are a message to the adults watching Wall-e.

Background on the problem

The problem was proposed in an obscure programmers’ mailing list as a coding competition in which each participant writes a program to play a game on their behalf1.

The problem was directly inspired by Dixit and Nalebuff’s book The art of the strategy. Within the book (read that part) they describe a pick-a-number game that takes two players: the picker and the guesser. First, the former should pick a number in the 1 to 100 range and then, the latter should guess it in at most five attempts. To make things more interesting, the guesser is told whether each guess is below or above the target number.

There are 100 points at stake to be distributed among the players. Guessing the number at the first attempt means that the picker gets them all and every failure means 20 points less for him. If the number is not guessed, the picker gains 100 points.

You can play the game as guesser on the webpage of the book to get the idea before continuing.

The objective of this programming exercise was to create a program that would be able to play either role of the game using the language and techniques that each participant would choose as tools. To make every program understand each other all of them were required to be a simple text-based line-oriented command line applications: the greatest common denominator of interfaces.

The only argument for the command is just the role to adopt, either “pick” or “guess”. Then, the interaction consists on reading and writing lines of text through standard I/O.

When picking numbers, a player just prints the chosen numbers and then reads some feedback like “not guessed” or “guessed at X”. Example execution (lines preceded by > are inputs typed by me):

Number guessing is more interactive as the program can receive intermediate (“+” or “-“) and final (“=” or “<>”) feedback. Example of program acting as guesser:

The evaluation of the programs, aka “the tournament”, was run for two consecutive months. The first time, the games were isolated with no memory between executions. The second time, all matches of the same two programs were running consecutive to allow more elaborate, hide-and-seek strategies. In both cases, every player was matched against each other 20k times (10k as guesser, 10k as picker) to tame the inherent randomness of the game.

What would you have implemented? How moving from isolated matches to sequential ones whould have changed your strategy? More on this in the next post.